Time for telling stories and a little bit more from and about the storyteller.

First off: My husband calls me the ex-workaholic, I like to call myself a multitask-er.So in 2011 when I became a stay at home mom I jumped head first into my new role as wife, mother, and homemaker. Then when my son was about 3 months old and we were beginning to settle into a rhythm, a friend noticed I had made a few cupcake hats for my nieces.  This is where the real story begins.  My first customer, my first order, and the Etsy store was open. 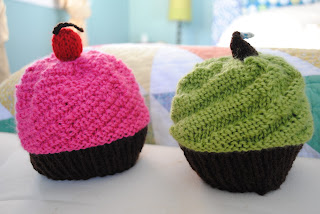 ﻿I was tasked with two hats, soon I received another order and then another.  I found I had made half a dozen cupcake hat designs and was starting to enjoy myself and I wondered what else I had to offer. I started to think about the time it takes to knit a hat, even an infant hat, at least a couple of hours.  How would I find the time to create an inventory based solely around knitting.  It just didn't seem like a good plan, so I headed back to the drawing board.
I had received several compliments on the design of my sons nursery so I started adding what I made for him.  Low and behold my most popular item soon became my paper lantern mobiles.

The first 6 months were incredibly slow, but then again I had Max to keep me busy. I sat for a few months with only a handful of items available on Etsy Mostly anything I had been asked to make by a friend or family. So I faced myself with a challenge. My goal would be: Listing 50 items on Etsy, Build an inventory.  I worked slowly on adding items, and spending time with my family.  However one or two orders a month didn't seem to add up to too much.  So the shop went on the back burner and I spent time traveling with my family and preparing to move to a new town.  Then August Hit: 8 orders in one month, I thought it was a fluke. But no, somehow my store was receiving traffic. I still haven't figured out which source did it, or where I was featured, but I was and there has been no looking back.

By far my busiest time was leading up to Halloween. I decided to List the costumes I had made for Max, and see what happened. I had the best time and was so inspired by custom order requests that I came up with several new designs and a passion for 2012 season.  Soon I had time to straighten out my receipts and make patterns for all of the costumes I had made.  I learned on the spot about making tutu skirts, fairy wings, and hats.  After a lot of reading, test runs, late hours, and massive failures I finally perfected a few new skills.  I made enough during Halloween to afford a few fancy child sized manequins and a small but useful serger.

I found that the seasons didn't really stop, they just rolled over each other.  I skipped Thanksgiving completely and found that December kept me busy with custom sacks.  I did take some time to learn a little bit more about how Etsy operates.  My small but loving family decided our Christmas would be completely handmade or homemade and I am proud to say that we did 90% of our shopping through the Etsy Website.  I experienced first hand how other shops communicated, shipped, and dealt with customer service.  Each transaction gave me insight into how I wanted to grow to operate my business.  I have taken notes and made lists.  I want to strive to put out quality items that inspire the world.  Or at least a few happy thoughts.
So to sum up my year:  my shop has received 15,571 overall views, it has been favorited 842 times, I sold 70 total items, participated in 3 giveaway/reviews, and enjoyed every minute.  I look forward to what the new year brings.  Hopefully I will finally build up an inventory and you will see me at one of the local crafts shows.  I have plans for new features to the blog, but thats a story for another time.
Here's to 2012!
Posted by Janiegirl at 8:50 PM 2 comments: